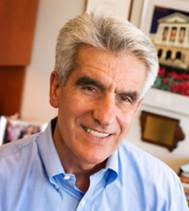 Several of us at the Belin-Blank Center were among the 1600 who attended the Iowa Education Summit in Des Moines (July 25-26), called by Governor Terry Branstad.  The Summit could become one of the barometric events for Iowa education like Sputnik was for U.S. education.

The Iowa Education Summit was not a gathering to strut our educational successes.  United States Secretary of Education Arne Duncan set the tone with his opening keynote.  His message was straightforward.  Iowa has had a rich tradition of leadership and high performance in education.  No longer!  As he stated, it is not that Iowa has lost ground, but that other states (e.g., Massachusetts, Minnesota, Vermont) have moved ahead. Secretary Duncan said, “Iowa cannot rest on its laurels.”  This became the theme of the Summit.  Iowa has merely maintained its educational system over the past 20 years, while some states have aggressively tackled their education issues and now, on national comparisons, have passed Iowa.

Hoover Institution Senior Fellow, Chester Finn, Jr. stated during a panel discussion, “Iowa, welcome to the reform party.”  The message by Finn and other panelists was that Iowa has not been dealing with major educational reform.  And now it will be Iowa’s turn to experience just how tough “transformational” reform can be.

David Driscoll, former Commissioner of Education for Massachusetts, addressed the courage and perseverance needed to initiate and maintain effective educational reform.  Massachusetts launched reform in 1993 and now, 18 years later, it is the poster child for educational excellence.  Driscoll made it clear that the road to reform was neither easy nor straight.  He highlighted the difficulties of those early years by revealing that, “I was burned in effigy,” but he offered in an encouraging and humorous way that “it did not hurt.”  Driscoll emphasized that Massachusetts reform leaders recognized the importance of teachers (and administrators) and kept educators involved in the reform process in meaningful ways.

A key issue discussed at the Summit focused on teachers and teacher preparation.  Teacher-bashing has always been useless and it is getting old.  No meaningful reform is going to happen without the acknowledgement of the centrality of the teacher.  Are there poor teachers?  Yes.  Is it really difficult to remove them?  Yes.  Are most teachers effective and willing to improve?  Yes.  Are teachers paid adequately?  No.  Are teachers respected as professionals?  No. Are colleges of education places of excellence?  Yes and no.  Are our outstanding young people encouraged to go into teaching?  No.  Can we greatly improve education as a profession?  Yes.

One of the biggest lies we tell ourselves is “I embrace change.”  My observation is people embrace change they like and which does not upset their balance.  The Summit speakers were clear that Iowa cannot rely on incremental changes if it aspires to educational heights.  Significant change will be threatening to many, but also inspiring to many.  I hope those who are inspired by educational change will prevail.

A draft of a plan or framework for educational change in Iowa will soon come from the Governor’s office.  This plan must be open to genuine debate, and Iowans must be open to discussions regarding issues that have not been part of the Iowa educational experience, such as performance pay for teachers (and administrators), charter schools, alternative routes to teacher certification, year-round schools, statewide exit exams for graduation, entrance and exit from school based on readiness rather than birthdate/calendar years, and required preschool.

A difficulty in thinking about education reform in Iowa is that for many people it is hard to believe that Iowa has a serious education problem.  Recently, a report from ACT indicated that Iowa students scored second highest in the nation on the ACT.  For some, this is evidence that we are manufacturing a crisis in education and this crisis will last only as long as the terms of Governor Branstad and DOE Director Jason Glass.  I disagree.  Iowa can and must improve the level of education for all its students and the level of selection, training and respect for its teachers.

I do think education is the soul of our state and nation.  As Iowans, we should consider what is best for our students and not what is best for unions, associations, politicians, businesses, interest groups, etc.  Students do not have lobbyists.

This entry was posted in Message from the Director. Bookmark the permalink.